I made my third trip of the 2012 soaring season to Minden, NV and flew on Sunday, August 5, 2012 with Devin Bargainnier in SoaringNV's Schempp-Hirth Duo Discus X.

We didn't set a specific objective for this flight, except that it would be to the south. We decided to let the conditions of the day dictate where we would go. When we got past Mt. Patterson we decided that a flight into the Sierras was preferable to a flight on the Whites, as we could already see overdevelopment near Boundary Peak.

We passed Mono Lake on the west side as we approached the Sierras near Lee Vining. I never get tired of taking pictures of Mono Lake as its appearance is different every time I fly past it. On this day the wind was relatively calm on the lake, giving its surface a mirror like quality which reflected the cumulus clouds above. 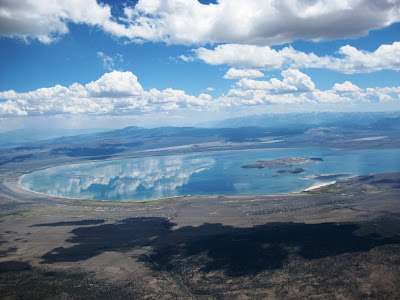 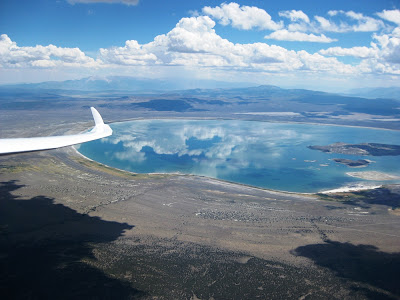 We entered the Sierras at Tioga Pass below mountain top level. We would have to find a gas station soon if we wanted to continue any further. 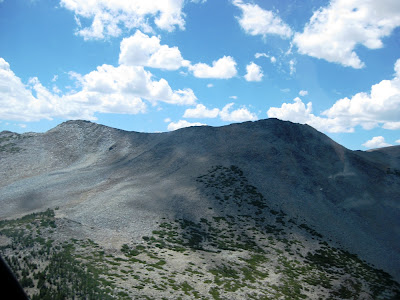 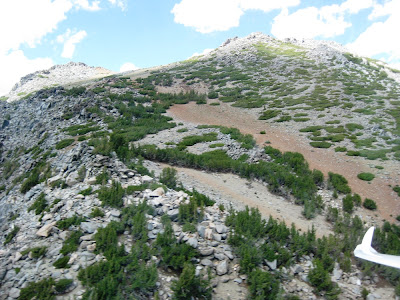 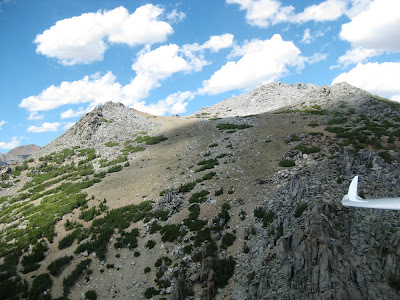 Fortunately for us, we found a thermal in the Tioga Pass which got us back up to cloud base and allowed us to continue to the south.

As we made our way south, we noticed several lines of clouds extending west. One of them reached out almost to the Yosemite Valley. We decided to follow it out and see if we could catch a glimpse of Yosemite's famous landmarks. 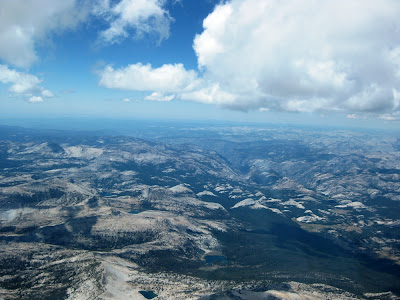 Flying west into the Sierras poses additional risks in a plane with no engine. First, you may not be able to get back to the east side (the correct side), and be forced to land on the west side (the wrong side). A very expensive and time consuming retrieve operation, either by air or land, would ensue. Second, and even worse, would be having to land somewhere in the Sierras. So attempting a west-bound excursion is reserved for those days when there is clear evidence of good sources of lift.

This is looking to the north as we headed west. 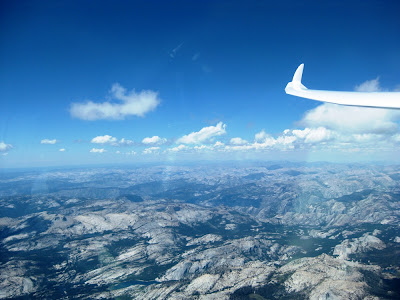 And this is looking to the south. Obviously, there are no good places to land out there. 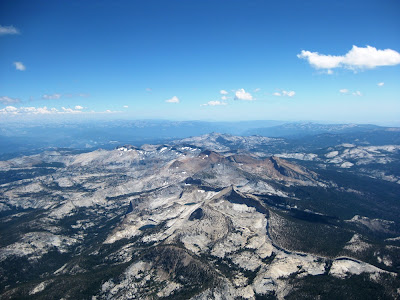 We could see Half Dome and the Yosemite Valley in the distance as we proceeded west. 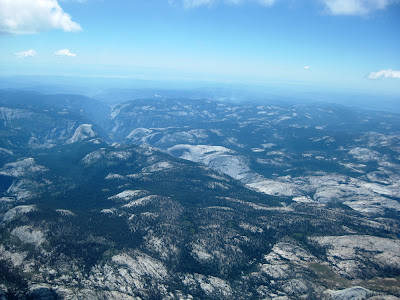 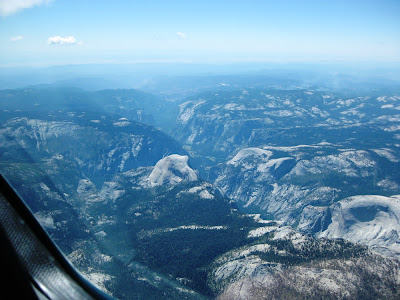 This is about as close as we could get before our line of clouds ended. We proceeded just a little further before returning to the east. 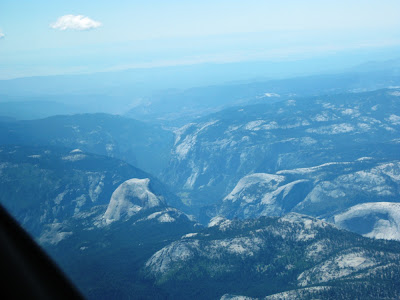 We spotted this nice looking gas station as we made our way back to the east and headed for it. The pointed peaks just beyond the cloud are called the Minarets. It is where the wreckage of Steve Fossett's plane was found a little more than a year after his disappearance. 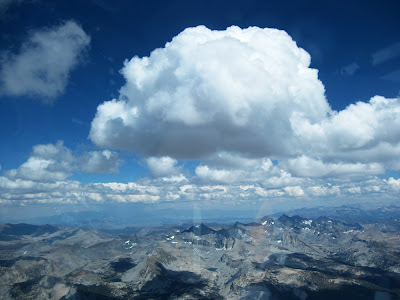 Looking to the north as we proceeded back to the east. 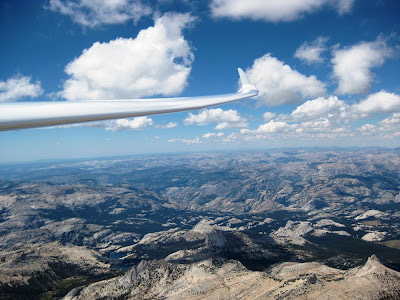 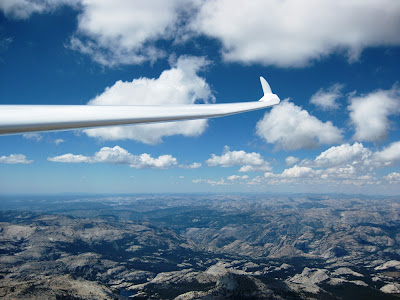 Tuolumne Meadows can be seen at the bottom of this photo. The road that meanders through it leads to Tioga Pass. 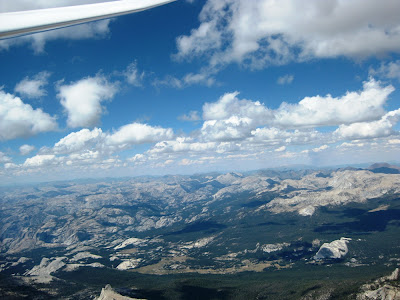 In about an hour we had seen all of Yosemite's major attractions. Sure, it's not the same as seeing them in all their splendor from ground level. Heck, we didn't even see the iconic front side of Half Dome! But there is still something special about visiting Yosemite in a glider.

Thanks to SoaringNV and Devin for another fantastic flight!
Posted by Duo Discus Driver at 2:37 PM